We recently wrote a post about whether or not you really need a budget to save money, and it raised the question as to why budgeting doesn’t work for everyone.

Not Everyone Has the Drive. First, budgets require a lot of dedication and determination.  They require that you spend a lot of time setting them up, analyzing them, and then making changes to your lifestyle and spending habits that will lead to budget improvements and better financial health.  The problem is, most people aren’t that driven.  After all, budgeting isn’t fun for most of us (there are some out there that would disagree), and it’s often hard to see a short term impact from the work you do.  Many people lose their motivation quickly and do not stick with their budget. 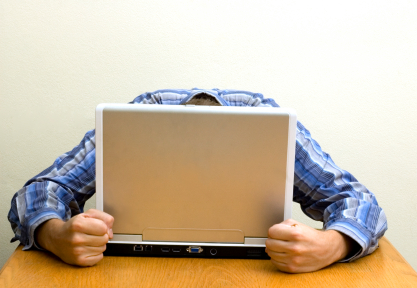 People are Confused.  Whether it’s the budget process itself or the budget software that the individual is using, people often get confused when trying to get started with their budget.  Being confused is one of the worst feelings.  Instead of making you want to work harder, it often causes you to give up.  People often get confused when creating their budgets and either give up or never really get a good understanding of why they are budgeting in the first place.

Budgeting Means Lots of Things.  Budgeting can mean many things.  It can mean tracking every expense that you incur.  It can mean setting spending goals for the future.  It can also mean just trying to spend less money and save more each month.  If you don’t know how you want to use your budget, then you are not very likely to succeed.  Picking a budget software that only looks at the past may fail because it doesn’t help you set spending goals for the future.

You Haven’t Found the Right Budget.  If you’ve tried a budgeting system or some online budget tool and it didn’t work for you, chances are you’d probably say “I tried it” and give up.  However, there are lots of different budgeting systems and sometimes it takes trying several different methods to find the right one for you.  For example, there are complex budgeting software programs, free budget templates, envelope budgets, bucket budgets, and many simple and complex budgets that could possibly meet your needs.  If you don’t look around and find a system that works for you, chances are your budget will fail.

To get another opinion involved in this debate, let’s turn to another source on the web.  Specifically, Angie at SelfGrowth.com wrote about these three reasons that budgeting doesn’t work:

First of all, budgets only focus on your expenses. It does not attempt to hold you accountable to your income, only to your spending. This happens to be the biggest downfall of budgets, because you can only cut back so far before you must start focusing on bringing in more income. In order to build wealth, you must master your cash flow.  Your cash flow is the difference between what you bring in, and what you spend.  If you spend less then you bring in, you can begin to build wealth with the excess.

The second reason budgets don’t work is that when they are made, people tend to set unrealistic targets.  It’s much easier to estimate your future expenses by guessing, than it is by looking at what you actually spent over the last six months and projecting that forward.  If the future looks bleak, it’s easy to fudge with the numbers to make them work instead of facing the reality.  So now you may have a budget that works on paper, but when you actually try to use it, there’s probably a slim chance that you’ll actually stick to it and make the cut-backs you proposed in your budget.

The third reason people often fail with budgeting, it makes it makes them feel guilty.  It’s like going on a diet, then sneaking that delicious desert.  Once you’ve broken your promise to yourself, you have to live with the guilt of not following through.  So, the next day, when you want that desert again, it’s a lot easier to take it.  And eventually, you stop dieting because you get tired of not being able to follow through, and the guilt is too heavy to carry.

You can find the rest of this article at http://www.selfgrowth.com/articles/3-more-reasons-why-budgeting-does-not-work.

There are some good points made in this post.  First, it’s true that most people focus only on spending and not income when working on their budget. This is for obvious reasons, as income is typically fixed in the short term.  However, because you should budget for the long term, income growth should definitely be part of your budgeting plan.

A second point that she makes about the “guilt” associated with budgeting is kind of true.  However, that really depends on how people react to breaking the rule once.  If you break the rule once do you completely give up?  Or do you keep working to follow as many rules as you can in the future.

When it comes to spending, people do really stupid and bizarre stuff.  Hopefully, we can all learn from our mistakes and find a way to keep our own budgets from failing.

Next post: How to Budget for Your Retirement Needs

Previous post: Could It Be That You Don’t Need a Budget?