Planning A Great Themed Kids Party On A Budget

There are hundreds of party themes for kids parties such as the Pirate theme, Winnie the Pooh theme, Barbie theme and so on. When it really comes down to it, to what makes a party a specific theme, is color trends. You can make any kids’ party theme specific with only a few detailed objects that relate to the theme and the rest is about color.

Contrary to belief, for a pirate themed party, you don’t need to have treasure chests, flags, fake ships, real sailor’s hats, a treasure map and a message in a bottle. People will think nothing less about the party’s theme if you only have one large treasure chest but pirate types of colors decorated everywhere. However, there are five great variables to keep in mind that make a great themed party on a budget. To keep up with the trend, the six variables will be surrounding a Pirate theme party. 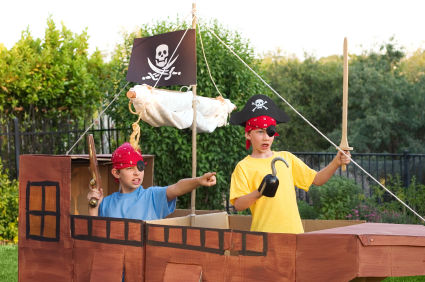 Next post: Budgeting: Best Friend For Your Personal Finances

Previous post: A Retirement Worksheet to Calculate How Much You Need to Save to Retire