Warning: session_start() [function.session-start]: Cannot send session cache limiter - headers already sent (output started at /usr/www/users/csnell/budgetways/wp-content/plugins/byob-thesis-simple-header-widgets/byob-thesis-simple-header-widgets.php:55) in /usr/www/users/csnell/budgetways/wp-content/plugins/easy-contact/econtact.php on line 112
 How to Save Money by Making Your Own Laundry Detergent

How to Save Money by Making Your Own Laundry Detergent

Our family dabbles in the homemade laundry detergent, to the extent that we dilute our store bought detergent using borax to make it go a little further.

However, I was just out searching around for recipes to make your own laundry detergent and I ran across a pretty excellent video that shows a great way to make your own laundry detergent.  If you can’t watch the video, I’ve broken out the ingredients and instructions below so that you can learn how to save money by making your own detergent.  I’ve also calculated just how much money you can save by using this formula.

How to Make the Detergent

Besides this recipe, there are thousands of other variations that you can find online or by talking to your friends.  Some are more simple and may cost even less, but we’ll look at how to make the recipe that they use in the video above.  Here are the things you’ll need:

Start by bringing the four cups of water to just below a boil.

Then cut the bar of soap into flakes and stir into the water until it dissolves.

Next, add three gallons of water to a large pot and bring to a boil.

Add in the soapy water mixture, the washing soda, borax and stir.

Let the mixture cool overnite and then use one cup of your homemade detergent for each load.

How Much Money Does Homemade Laundry Detergent Actually Save? 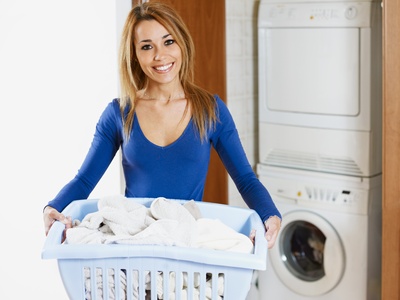 You’re probably wondering if this is really worth it?  I guess that depends on how much laundry you do.  The video states that the average family does over 400 loads of laundry each year.  I’m pretty sure our family does even more than that.

Let’s take a look at the costs of making the detergent.  For comparison, I’ve used prices from Amazon, although I think the prices are much cheaper in the store.

Using these figures, the total cost of three gallons of homemade laundry detergent is about $2.27.  There are 48 cups in three gallons, so each load will cost about 4.7 cents, let’s call it five cents per load.

Now, let’s look at how much purchased laundry detergent costs per load.

That means that the average load of laundry is 15 cents cheaper with homemade detergent.  And if the average family does 400 loads a year, then they would save $40 per year on laundry detergent by making their own.

Seriously!?  I don’t think my calculations are wrong, but I’m pretty sure our family spends a heck of a lot more than $60 a year on laundry detergent.  I’m guessing more like $200 – 300.  I’m guessing that the store detergents are exaggerating the number of loads they are good for.  And I may be overestimating how much it costs to make your own detergent.  Even so, the saving only seem to work out to somewhere in the $40 to $80 range per year.  Not nearly as much as I expected.

Of course, if you look at it in terms of percent, you are saving 75% per load by doing it yourself.

A Few Other Things to Consider

Before you make your decision on whether or not to save money on laundry detergent by making it yourself, you should consider the following:

First, the homemade version of soap is not the same as store bought.  It is not sudsy and looks more like water than detergent.  However, according to many people, it cleans just as well.  This is something that you should be aware of so you don’t get frustrated making your own.

And second, when you make your own detergent, you know that there are not any extra harmful or scented chemicals in the mix.  This is good to know for environmental reasons.  And for those that hate scented laundry detergent (like my wife), the only thing you’d need to do to make it scent free would be to add in unscented bar soap.  You’ll also be saving the world from a few more plastic bottles if you make your own.

Whether or not you go forward with this will depend.  You’ll have to figure out if the time spent making your own laundry soap is worth the potential savings or if it helps the environment enough to be worth it.

Please leave us any comments below.

Next post: A Few Ways to Manage Your Money Better

Previous post: How to Pick the Best Free Budget Software