How Businesses Use Incremental Budgeting

Incremental budgeting is something that businesses have been using for years.  It is a type of budget process that works best for established companies that don’t face a lot of change.  Like all budgeting processes for business, incremental budgeting can be used in conjunction with other budgeting and spending control techniques, and can be modified to suit the needs of its users.

So, What is Incremental Budgeting?

Well, quite simply, it is a budgeting process that relies on a previous period’s budget, and that makes only incremental changes to that previous budget. Usually, small changes for each period, based on percents.  While there are a lot of proponents to using this type of budget, which we’ll get into later, this budgeting technique does have its place in some companies.  Here’s how it works. 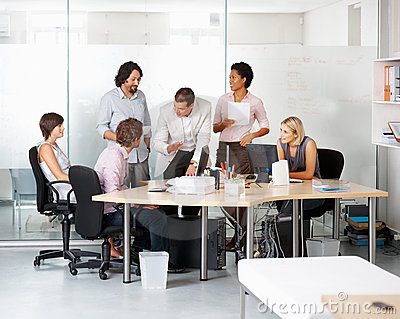 A business needs to create a budget for the next year.  If there haven’t been many changes in the business, they should be able to do a simple forecast for their business and come up with a percentage increase or decline for the next year.  Then, using that percent, they can incrementally change the existing budget to meet that goal.  Let’s say your business has been very stable and growing at a rate of about 5% each year.  If you were to apply this technique to create a new budget for the next year, you would start with last year’s budget and then add somewhere around 5% to all of the necessary company budgets that are not fixed.  For example, you wouldn’t have to add 5% in costs to any fixed costs like debt or fixed overhead costs, but you’d probably want to make incremental changes to such things as sales costs (needed to drive the growth), as well as product and cost of goods budgets.

Some of the Benefits of Incremental Budgeting

Incremental budgeting can work very well if the business that is using it is stable.  That’s because managers know they can plan for the long term.  In other words, they don’t have to worry about their budgets changing dramatically each year and so they can supposedly focus on their business without having to worry about funding.  Also, because the same approach is used throughout the companies, managers don’t have to fight for resources each year and resentment between departments can be avoided.  Furthermore, this type of budget is perhaps the easiest to set and agree upon because it doesn’t take nearly as much time to modify an existing budget as it does to develop, create and agree upon a new budget.  That frees up management’s time to focus on managing the day to day operations of their business.  Of course, for every positive there is also a negative.

Read the rest of this article at http://www.accountingtools.com/questions-and-answers/what-is-incremental-budgeting.html.

As you can see by reading this article, there are quite a few positives and negatives when using this approach.  In my opinion, businesses should use what works for them, as long as it doesn’t generate excess spending or slow the growth of business by limiting the budget of a faster growing department.  For most businesses, that means using some type of hybrid system of budgets rather than a simple business budgeting method.  After all, a budget should adapt to a business and not the other way around.