Does a Hybrid Save You Money?

I am in a market for a car that can save me money over the next five years.  With gas prices high, I have been leaning toward a hybrid.  After all, a hybrid typically gets 30% more miles per gallon than their gas-only counterpart.  However, because I need to have two car seats in the back, a Prius or other small car is out of the question.  That leaves the somewhat bigger hybrid cars, which are quite a bit more expensive.

Unfortunately, there aren’t a lot of used hybrids available, and if there are, they are typically cars coming off a lease that are three years old.  While that isn’t very old for a car, what I’ve found is that these cars don’t get as good as mileage as the newer model hybrids.  Also, the batteries in a hybrid need to be replaced after about five years, and typically cost $3,000.  In my opinion, that means that I would be paying a few thousand dollars more for the car because it is a hybrid and would have to plunk down $3,000 in a few years for new batteries.  That already sets me back around $5,000 to $6,000 from just buying a non-hybrid car. 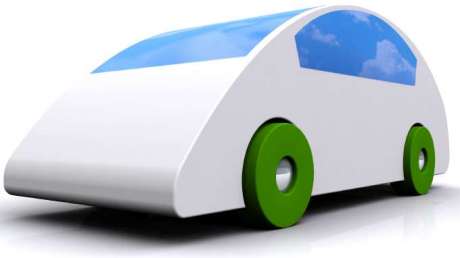 For more insight into the value of hybrids, see what Business Week has to say:

As automakers use new and not-so-new technology to wring efficiency from traditional motors, gasoline-electric hybrids are falling out of favor. Hybrids fell to 2.2 percent of the U.S. auto market last year, from 2.4 percent in 2010, after peaking at 2.8 percent in 2009, says researcher LMC Automotive. The reason is simple: Consumers don’t want to pay as much as $6,000 extra for a hybrid when they can get 40 mpg on the highway in a standard car, such as a Chevrolet Cruze or Hyundai Elantra. And even more conventional cars with hybrid-caliber mileage are coming this year, thanks to advancements that enable engines to burn fuel up to 20 percent more efficiently. “Internal combustion engines are giving hybrids a run for their money,” says Mike Omotoso, a hybrid forecaster at LMC….

As this article points out, new hybrid cars cost as much as $6,000 extra and because non-hybrid cars are becoming more efficient, the gap is closing quickly.  While the numbers are different than my scenario of buying used, I think they have the same takeaway.

For more information about hybrids, let’s turn to look at what the owners of previous hybrids are doing.  A recent post from Time suggests that even previous hybrid owners aren’t buying hybrids anymore:

The numbers seem to indicate that hybrid owners—the folks who have in-depth, firsthand experience driving and paying for hybrids—aren’t particularly impressed with them. Like most consumers out there, the majority of hybrid owners are doing the math and coming to the conclusion that, in light of increased fuel efficiency among gas-powered cars, driving a hybrid often doesn’t save money….

The rest of this article can be found at Even Hybrid Owners Aren’t Likely to Buy Hybrids.

This evidence suggests that hybrids are falling out of favor, even with previous hybrid owners.  I don’t think it suggests that hybrids are in decline, but I was surprised to see that they are somewhat losing popularity.  After all, I started out with the opinion that I wanted a hybrid and that it would save me money.  When I started looking for one, there was very poor selection and they are expensive.  Then, when I ran the numbers, the savings from buying a hybrid didn’t seem to add up either.

Of course, besides just the money, there’s also the green factor of buying a hybrid.  Whereas it can reduce oil consumption, there is also a hazard produced from battery production and disposal.  While I’m of the opinion that a hybrid is good for the environment, I’ve also heard people argue the opposite.  The key is that if it makes you feel good to drive a hybrid, then you can add that to the value of the hybrid when making your individual purchase.

For me, I’m no longer sure what kind of car will be the least expensive over the next five years, but at least I have my options open to non-hybrid cars.

Next post: Should You Use an Online Budget Tool?