Burst Saving – How to Catch Up on Your Retirement Savings

I was reading an article about how people save for retirement, and it struck a few chords with me.  The first thing it said is that most people struggle most of their lifes trying to save money for retirement.

I’d have to agree with this.  After all, you can’t save money while you’re still in school.  And schooling takes up nearly 20-25% of most people’s lives.  After that, if you went to college then you probably have years of student loans to pay off.  If you didn’t go to college, chances are the job you find isn’t going to make you wealthy right away either.  What I’m really trying to say here is that you don’t even get a chance to start saving until you are in your mid twenties.  Then, there’s the buying a house, having kids, and saving for your kids future.  Not to mention that the cost of raising a kid is now approaching several hundred thousand dollars over their lifespan.  And then, just when you start to get ahead, there will always be something to set you back.  Perhaps it’s a bad economy, a job loss, your children’s tuition, a large medical bill.  Whatever the case, saving money for retirement is difficult. 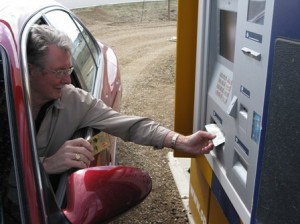 Enter the concept of burst saving.  Burst saving is really a concept of how to save money quickly when you can.  Most people that use burst saving are only able to do it for a short period of time.  That is why it’s called ‘burst’.  For example, if there is a time when both you and your spouse are working and you have held your costs down, it is possible that you can save a lot of money each month.  Or maybe, you start getting bonuses at work or some larger raises, but don’t raise your spending.  You can start to save a lot more money.  Burst saving doesn’t last forever, but by really taking advantage of the times that you can save money without raising your expenses, you can really juice up your retirement savings.

For most people, burst savings comes later in life.  After their kids are done with college, their house is paid off, their expenses are low, and their income is at its peak.  However, with some proper planning, you can get your burst in early.  For example, when I graduated from college, I started making pretty good money after about four years.  The first thing I did in the first two years was to buy a car and pay for the entire car and all of my student loans within two years.  That meant I had the next eight years before I had kids to burst save.  I put all of my bonuses and a lot of my paychecks into savings and invested them all.  It worked great for me, and if I hadn’t made some poor investments and gotten wiped out by the dotcom bubble, I would be set today.  Unfortunately, I’m not in the position to boost my savings while being a blog writer.  Google’s immense de-emphasis of my several blogs has seen to that.  However, I am on the lookout for a real job that I can use to pay the bills.  Then, my blogging business can be my ‘burst’.

So what do you think?  Have you been able to burst save?  Please share your thoughts?

Previous post: How To Find The Best Budgeting Tool For You