Baseline Budgeting and Whether it Works

Baseline budgeting is also called incremental budgeting.  It is the opposite of zero-based budgeting and is one of the three common ways that businesses budget.  Recently, this type of budgeting has been in the news a lot.  That’s because this is the type of budgeting that goes on in Washington DC.

This type of budgeting does NOT work for Congress, but does it work for businesses?

Let’s start by looking at what it actually means. According to Business Dictionary, the definition of a baseline budget is:

The basis used for preparing a budget for  an upcoming fiscal  year. The baseline budget begins with the current  year budget and is adjusted according to actual spending in the current year, inflation, projections  for new expenditures  and any additional capital  expenditures which are expected.

The definition itself is pretty easy to understand.  It is a budget that uses the previous year’s budget as a starting point for the next year or years’ budget.  The future budgets are then updated to include any new business as well as cost increases due to things like inflation or increases or decreases in labor costs and materials.

Like most techniques, baseline budgeting can work if it is used in a proper manner.  To see how it doesn’t work, let’s look at how the government utilizes baseling budgeting. 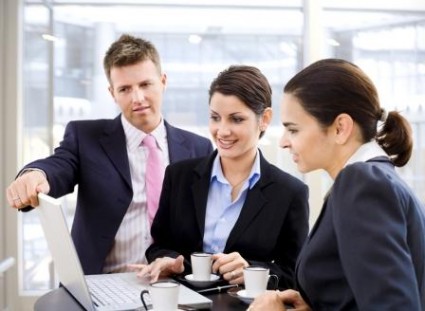 In 1974 the US government started using a baseline budgeting system that took current budgets and projected them forward with set annual increases.  Whereas inflation increases average 3%, however, the government’s annual budgets averaged over twice that rate.  Furthermore, the government started referring to slowdowns in the spending increase as “tax cuts”.  In other words, if next year’s budget calls for a $1 trillion increase, and you decide to make that a $500 billion increase instead, they refer to this as a $500 billion budget cut, instead of the actual $500 billion increase in spending that it was.  The government’s budget breeds waste, because often money is spent unwisely just to make sure that next year’s budget isn’t lowered.

In businesses, a baseline budget is run much more efficiently, depending on the management team implementing it of course.  A baseline projection can be tied to sales forecasts and can even be lowered based on business trends for each department and product line.  However, this type of budgeting still breeds waste for the same reason.  It encourages people to try to increase their budget each year, even if they don’t need it.  The mentality of “spend it or lose it” comes to mind.  If the money is not spent in the current year, then next year’s budget will be decreased, so we’d better spend it.  The whole concept is kind of a status quo approach to business.  When you feel like you have a set budget each year, you start to feel entitled and aren’t encouraged to save money or to come up with new business ideas.  You just kind of keep going.

I guess, if your business is slow growing and there aren’t many changes, then this would work quite well.  However, if your like most of the companies I worked for, things change constantly and growth can be 50% in a year or minus 50%.  New products are always popping up and your staffing and focus needs to shift constantly to stay ahead of the curve.  If this is the type of business you have, then you may want to consider zero-based budgeting instead.

What Others Have to Say About Incremental Budgeting

Here is what Edward at PlanGuru had to say about it:

Incremental Budgeting –This approach uses a budget prepared using a previous period’s budget or actual performance as a base, with incremental amounts added for the new budget period.  The advantage of this approach is that it is simple and creates a more stable and consistent environment for managers.  However, this approach encourages spending up to the budget so that the budget is maintained for the subsequent year, doesn’t respond to changing circumstances and perpetuates misallocations of resources.

You can find the rest of this post here.

Brian Bass from Demand Media had the following to say about the pros and cons of baseline budgeting:

Disadvantages. A primary disadvantage of incremental budgeting is that this form of budgeting does not encourage innovation. Managers can become accustomed to spending the same amount of money annually simply for the purpose of justifying the fund allocation. In some cases, if a need for the funds no longer exists, department heads may use the budgeted funds to avoid jeopardizing next year’s allocation. Incremental budgeting always assumes the appropriate funding levels, even in cases where the funding is too high for the intended purpose or too low to maintain the long-term operation of a program.

You can read the whole article at incremental budgeting formula.

What budgeting system does your business use?  We invite you to leave us any comments you may have below.