Are You Saving More Than the Average American?

It makes me sad when I read about the average savings rate in America, especially since the focus of this blog is all about ways to save money.  Turns out, the most recent US savings rate actually fell to the lowest level in four years.

This is the article that I read this morning on Marketwatch about what is happening with the US savings rate:

The personal savings rate declined to 3.4% in April from 3.5% in March.

The April level matches the February level, which prior to that month was the lowest since December 2007.

Consumers had built up savings and paid off high debt levels in the aftermath of the financial crisis and the recession. The savings rate hit a high of 5.6% as recently as the third quarter of 2010.

The low savings rate raises doubts that consumers can sustain spending at what’s been a relatively fast recent clip….

You can read the rest of this at Economic Report: U.S. savings rate drops to four-year low in April. 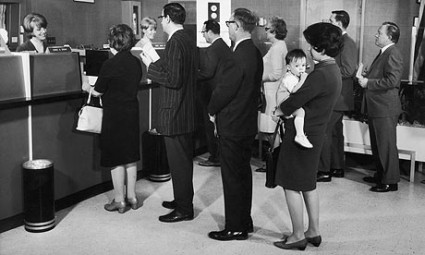 As you can see, the savings rate has dropped dramatically, and is at 3.4%.  According to my recommendation, and to many financial advisors and planners, a decent savings rate is around 10%, and hopefully higher.  So what does this mean?

Well, it means a lot of bad things.  First, it means that the average American is not on track to be able to save enough money for their retirement.  It also means that the lessons learned from the great recession (when savings rates jumped to over 5%) did not have a long term impact.  Also, the U.S. continues to fall behind other countries savings rates.  In the long run, the lower the savings rate, the more individuals will have to rely on government entitlement programs such as social security.  While social security itself is a good thing, relying on the government to pay for your retirement is not such a great thing.  So where do you stand?

What is Your Savings Rate?

When calculating the amount of money in your investment and retirement accounts, you need to include the actual amounts saved, not the change in account value.  That’s because investment accounts fluctuate based on market movements.  You could have saved $10,000 last year but lost $15,000 in your investments.  This would still be $10,000 in savings.

When you’ve added together all of your savings and then divided it by your total gross income, you’ll arrive at a percent.  If you are better than the average, give yourself a small pat on the back.  However, your goal should be to save multiples more than that.  For example, if you are contributing the maximum to your 401k each year, you should easily be able to save at least ten percent.  Add more to your savings or non-retirement investment accounts and you can actually target a goal much higher.  If you’re having trouble getting there, make sure you learn how to create a budget, and maybe even consider making lifestyle changes that can save you money.

Once you’ve computed your average savings rate, let us know what it is below.  It would be nice to get an idea of how our visitors fare compared to the rest of America.

Next post: How I Save Money on Air Conditioning